I saw Ann from Ann’s Reading Corner post this book tag with an open invitation. I love zombies so I’m totally in.

I’ve decided to take a slightly different direction with the and use Shakespearean plays.

1. Much ado abou Nothing 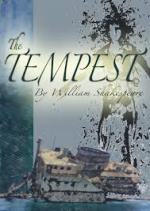 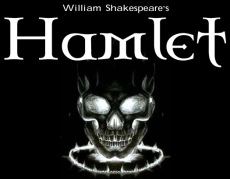 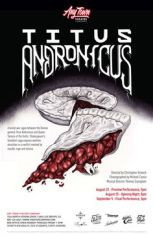 The first person to die: Benedick

Benedick was a soldier, but I got the feeling he was all talk and would certainly be no match for a bunch of zombies. I bet he gave them an earful while he was being eaten.

The person you trip to escape the zombies: Beatrice

Sorry love!! She wouldn’t have been able to run in that skirt anyway. At least she doesn’t need to worry about Hero now, although I dare say I would get a tongue lashing as I was running away.

The person that trips you to get away from the zombies: Miranda

Miranda is the 15 year old daughter of Prospero and she has lived with him in exile from the tender age of 3. I would have thought Miranda would go to pieces in this situation, but liaising with Caliban, her fathers magical subject, has clearly taught her a thing or two about survival. You go girl!

I’m really disappointed in Prospero. He’s a smart guy – too smart some might say – which is why he was exiled in the first place. Perhaps his source wasn’t correct and magic wasn’t as effective as he believed it would be. Sometimes there’s no substitute for real world experience. Have a long hard think about what you’ve done, dude.

The Brains of the Group: Hamlet

As he has demonstrated, Hamlet is perfectly capable of coming up with a plan or five when the chips are down. Execution has always been his issue (if you’ll pardon the pun). Just as well he has a team to rely on!

Horatio – Hamlet’s dear, supportive friend – would be totally awesome at this. He also does the comforting ‘it’s going to be ok’ thing very well, even when everything around him is going to hell in a hand basket. Good work Horatio, good work.

Only surviving son of Titus, Lucius is pretty good with a sword. Having been banished from Rome he knows how to look after himself – and hopefully a group too.

Dude killed his enemy’s sons, baked them into pies and fed them to her. DO NOT piss him off.

The first person to turn into a zombie: Macbeth

This guy was very much about getting to the top job by taking out everyone else who stood in his way. But the stress of it all sent him over the edge. I can see him turning and running towards the hoard of the undead screaming  “is this a zombie I see before me?!?”

Given that Seyton is Macbeth’s chief servant, and possibly some sort of military officer, who stands by him when everyone else is losing their heads and abandoning the cause, I have great faith in him for potential leadership skills. If anyone can save us, it’s Seyton. I’m sure that the fact his name sounds like Satan means nothing at all.

That was heaps of fun – I’m surprised I made it out alive. What do you think of my Shakespearian zombie crew??

I tag everyone who wants to play!!!  Perhaps there are some more themed zombie crews just waiting to have their stories told!