Sue recommended that I do this challenge which has been done by avathenerd, and I’ve been working on it for a while, einy-meeny-miny-mo basically decided half of the answers. I also haven’t followed the original format exactly, as normally this challenge would be done over the span of 15 weeks.

Before we get started, I just want to mention SPOILERS!!! Please be aware.

Multiple anime are mentioned in this post, so please do be cautious of spoilers

I’m loving Noragami at the moment.

Kazuma at the moment 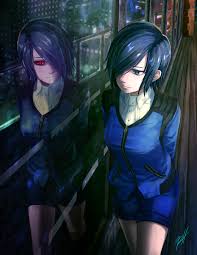 I am not ashamed of any anime I have watched & enjoyed, but. I have watched the first 2 episodes of Diabolik Lovers. My feminist cannot take another 5 seconds.

6.Anime you want to watch

The Devil is a Part Timer and Loveless are the next on my list.

Kofuku. She’s so cute, yet she can cause destruction whenever she wishes. What’s not to love.

The scene from Fullmetal Alchemist. The second talking Chimera. You know what I mean.

13.Anime character that is most similar to you

14.Anime that never gets old, no matter how many times you’ve seen it

16.Anime with the best animation

Kuroshitsuji: Book of Murder. Not exactly what it sounds like, but close.

19.Most epic scene ever

20.Anime character that gets on your nerves

Misa Amane. Death Note. You know, that obsessive blonde one.

It’s only kind of an attack, but the exorcism Yato uses.
“This is the land of the rising sun. Your desecration here will not be allowed. Hear me, I am the god Yato, I now lay thee waste with the Sekki and expel thy vast defilement I cleanse thee!”

24.Most shocking moment in anime

The very last scene in Shingeki no Kyojin. After the big fight with the female titan, way after all that, where we see a part of the wall crumble away, to reveal a titan. WHAT!

The fight between Rin & Amaimon when Rin’s becoming more of a demon and losing himself.

27.Most badass scene of an anime character

The last part of the final Soul Eater episode, where Maka punches Asura into oblivion.

“I do not deny evil, nor do I believe that any human is completely free of malice. Everything must be in balance. As long as evil and good maintain an equilibrium in this world there is no problem. perfect balance is the key to everything.” Death the Kid, Soul Eater

29.An anime you wished was real

Feel free to comment, I’d love to hear any opinions on these anime, or any recommendations.