I apologise for my absence in December – work ended up getting super crazy, and in the spare time I did have, I was pushing toward my reading goal for the year. But more about that later.

Here are some quick reviews of some of the books I devoured during December. 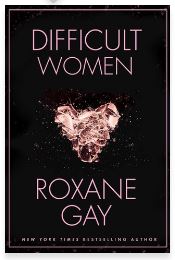 Holy cow, this book. This is a remarkable collection of short stories about women in difficult situations, and none of them react the way society tells us is okay. There is a lot of pain and heart break in these stories, but also amazing strength and resilience. Gay reminds women (and in particular women of colour) that they don’t need to be what society tells them. Just be aware that if you are sensitive to triggers, you will find all of the triggers in this book. I’m not kidding. Make sure you have a pile of tissues handy.

Refugees are always a thing here in Australia. Only last week a refugee in one of ‘our’ detention centres died due to lack of treatment. Our government’s policies are racist, short sighted, and illegal under the UN treaty..

Nguyen, a refugee himself,  has put together a wonderfully insightful collection of short stories about the awfulness of the refugee experience – the horrors these people suffer to get to a place of safety, the culture shock of their new country of residence, the feeling of not really belonging anywhere and how this feeling continues to effect their children. This is a beautifully written collection of stories that you should read as soon as it comes out.

I’m talking to you Peter Dutton. 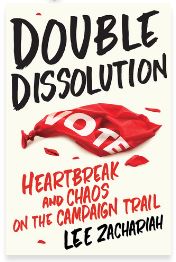 Lee has come back to Australia to cover the lead up to the federal election. His marriage is in tatters, and driving all over the country to find stories to feed the insatiable 24 hour news cycle is preferable to having to deal with his new reality.
Double Dissolution tells of Lee’s internal and external journey. I really enjoyed reading about his travels to different towns and his discussions with the constituents. The behind the scenes stories of our politicians was also immensely enjoyable. I particularly enjoyed the tale of Zachariah’s visit to Peter Dutton’s office – which is walking distance from my house.

This is a must read for those interested in Aussie politics.
4/5

And for something completely different we have a dystopian narrative. From a disaster that has left the planet with deadly gaseous areas and carnivorous bees, two societies have emerged – Matrus, a matriarchal society, and Patrus – bet you can’t guess.

Violet is a native of Matrus, and has lived most of her life in detention after accidentally stabbing someone in the neck with a fork. After another accidental murder, Violet is offered a deal – help with a secret mission to Patrus, or accept death by lethal injection.

I wasn’t a huge fan of this book, although it had such promise. This is the first book in a series and I hope the author will be asking some rigorous questions of some of the disturbing gender norms established in this book. The narrative was vanilla – every meal was mentioned, but there was very little detail of the main character’s feelings or anything else.

The writing in this book was much better than the Gender Game. Unfortunately the plot made me feel like I was watching an episode of Supernatural. Also I find it problematic when white writers choose to write a main character who is a person of colour. Scarlet is the head of Hewlett Packard. There are a few passing comments about the difficulty of her journey, but nothing that adds any depth of understanding to the character. More is made of her sexual orientation.

Overall this is a solid read but I don’t feel as though it brings anything new to the genre.

I hope December has been good to you. Happy New Year!!