Review – An Ishmael of Syria

Adam is an academic, living in Malaysia and trying to scrape together a living. His family is still in Syria, and he can only watch news reports and wait desperately for news from home, hoping they are okay. He is poorly paid despite the work he does and the hours he puts in, but his really hasn’t much choice – without the money he sends to his family they will have even less access to food, water, medicine. 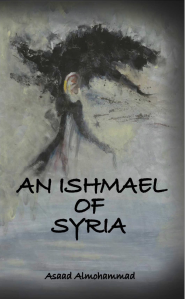 An Ishmael of Syria is both a wonderful character portrait, and gruelling, haunting, powerful account of the tragedies in Syria. Adam’s father taught him that to think that life is or should be ‘fair’ is a childish notion. Adam is staunchly against the mindset of victimhood, which is, understandably, a recurring theme throughout the book. He is continually confronted with racism – towards others by his peers as well as towards himself by other groups – and he opposes this at every opportunity. He also opposes the stupidity and hypocrisy that is spouted by his Syrian friends in their support of the president. Despite his own strident voice against racism, Adam feels unsupported by Malay society; that being Syrian marks him as someone distasteful, and as someone who can be treated badly as his choices are very limited. As he agrees to the worst job offer he has ever heard, Adam is aware that he is breaching his own code of ethics and worries that he has entered a state of learned victimhood. But he knows he will do anything to help his family.

While this is written as a novel, Adam’s voice feels incredibly personal and authentic. It feels more like a personal recount than a novel. The despair, anger and heartbreak is utterly raw. It put me in mind a little of Scholastique Mukasonga’s Cockroaches, which is a memoir of her escape from Rwanda prior to the genocide and the pain of waiting to find out what had happened to her family.