Review: Beyond the Orchard

Lucy Briar has returned to Melbourne after five years abroad in England. She has received a mysterious letter from her grandfather which has drawn her back to her home town. It contains a promise from her grandfather that he will be able to ‘explain everything’ and Lucy hopes that finally the nightmares that have haunted her from her childhood will be put to rest. However Lucy receives the news of her grandfathers death shortly after her return. This coincides with her father breaking a hip, so it is up to her to go and sort through the old family home of Bitterwood and all its secrets. 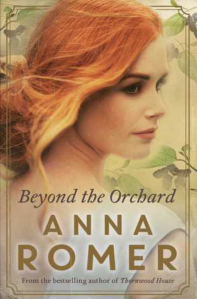 This is an ambitious novel sweeping across the tragic lives of three generations of the Briar family, and to me it felt a little squished inside its mere 460 ish pages. The story is told from multiple third person points of view, and also includes one of Lucy’s father’s fairy tale retellings. The story is well told, the sections referring to the 1920s and 1930s were particularly  atmospheric.

The narrative tool of the multiple points of view was the sticking point for me. Five narrators were too many for a book of this size, and a couple of them added nothing to the story that wasn’t also dealt with by other methods.

The ending was also a little too neat for my tastes, especially given the tragedies that had touched each of the three generations of the family.

If you enjoy some sweeping family drama then this one is for you.

3 out of 5 buried family secrets.