It’s been a sad few weeks here. I ended up abandoning a few things I had started reading as I wasn’t in the right headspace. I also ended up with a bad allergic reaction which kept me to audio books (which slows me down considerably). So I have three titles for you this week.

I really enjoyed Revolution for Dummies. I find it frustrating that we in the west get so little news or savvy political commentary from the east, particularly when something big goes down. Youssef’s account is hardly neutral, but it is both savvy and informative, and well as incredibly funny. Youssef alternates truth bombs with one liners, and reminds us of what free speech actually is.

Youssef’s documentary Tickling Giants is available on iTunes at the moment. 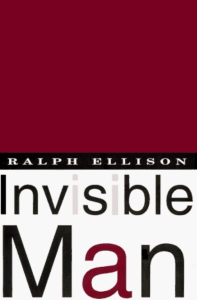 Ralph Ellison’s classic Invisible Man is gripping, and hard hitting. As an Australian, I can tell you that our Indigenous people only became officially recognised as ‘people’ in 1967 (it’s the 50th anniversary this year) which means there are people not much older than me who remember growing up without rights or simple things like self-determination. Parents of people who are my age were basically slaves. My knowledge of timelines for slavery related events in the US aren’t great, and this depiction of the treatment of black Americans in 1953 broke my heart. Not just because of what it depicted then or the power of the writing, but that this seems just as relevant now as it was 64 years ago. What it wrong with us?

I Contain Multitudes was a fascinating read, but I’m easily suggestible, and my scalp itched the entire time – which makes no sense whatsoever, but there you have it.

This is a look at the importance of bacteria in our lives and in the world around us. Yes, there is such a thing as being too clean, the indoor air is gross (and the best solution to this is to open a window) and fecal matter transplants (now available in a handy poo pill) can save lives. Young looks at a wide range of organisms and I really enjoyed his writing style.

Have an amazing week. Embrace every day.