Here are the finalists (image from the Stella Prize site):

I’ve only read three of these so far, but will hopefully get through the others prior to the winner being announced on April 9.

I wanted to enjoy Pink Mountain on Locust Island, but I didn’t really. The style, which I was very intrigued and sucked in by initially, wore thin after about 100 pages and I ended up struggling to get through it. The story is told through the eyes of 15 year old Monk, and we mostly get her impressions of what’s going on without in-depth observations or details.

I finished Axiomatic this morning. It’s a really interesting bunch of essays, although the first one was incredibly harrowing. Tumarkin doesn’t shy away from difficult content or conversations, and I really enjoyed the variety of the topics.

Too Much Lip is my favourite and the book I’m gunning to win. I love Melissa Lucashenko’s writing. In this book, Kerry has headed home as her grandfather is dying, and she gets sucked back in to the dramas of home. There’s a lot of pain in this book, but also a lot of humour and love. You’ll need the tissues for this one.

Which of the shortlist have you read? Who is your favourite to win? 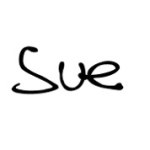