I thought I’d pop in today with some resources to help you on your Aussies Rule journey for 2019. Hopefully #AussieApril helped you find some great reads – it was wonderful to see so many Aussie books being read by Aussies and non Aussies alike.

There are a few lists/awards that will be useful for Aussies Rule this year so here are some for your booksmarks:

Prompt 3 is for some Aussie Speculative Fiction. If you like YA, then there is certainly plenty to choose from, but otherwise it can be a bit hard to find. A good place to start your search is the Aurealis Awards. I found this document, which lists all winners and nominees from 1995 through to 2017 (which looks like a lot of fun to work through). If you’re looking for something more recent, here is the 2018 shortlist which also has some great options. 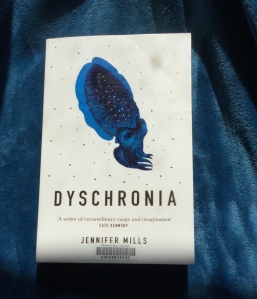 Prompt 6 asks you to read a book by a Miles Franklin winner. You’ll note that this question just means you need to read a book by an author who has won the prize, not the book that won the prize, so you will have a lot of options! Here is a list of all the winning books since 1957. If you are wanting to read something that won the prize, I would look no further than Michelle de Krester’s The Life to Come, which won in 2018. The way that de Krester plays with voice and perspective in this book made my lit nerdy heart incredibly happy.

Prompt 7 is to read a book by a winner of the Black & Write! Prize. Again, this doesn’t need to be the book that won the prize. The Black & Write! prize is awarded by the Qld State Library to an Aboriginal or Torres Strait Islander person with an unpublished manuscript with the goal that the manuscript is developed and published. This prize has brought us wonderful authors such as Claire Coleman, Alison Whittaker and Ali Cobby-Eckermann. Here is a list of past winners. I’m personally pretty excited that Claire Coleman’s new book The Old Lie is due out at the end of August, and I will be picking that up for this prompt.

Prompt 8 is to read a winner of the Australian/Vogel literary award, which is awarded for unpublished manuscripts by authors under 35. Here’s a list of all our winners. I’ve personally read a grand total of 1 book from this list (Praise by Andrew McGahan, way back in the 90s) so I’m looking forward to exploring these further.

Prompt 11 calls for you to read a book by a Maori author. This article recommends 7 great books, or there’s a wikipedia list of authors if you’re looking for further exploration. The Bone People has been sitting on my shelf for longer than I would like to admit, and I will be picking it up for this prompt.

Prompt 14 asks you to read a book from Dr Anita Heiss’s Black Book Challenge. Dr Heiss  released her original Black Book Challenge in 2011 to counterpoint the BBC’s 100 books to read in your lifetime. She has since compiled another two lists, one from 2013 and 2016 . There is so much good stuff here people! (Also, items 96 – 99 from the 2016 list will help you with Prompt 2 – an Aussie play.)

How are you going with the challenge? Drop me a line and let me know!